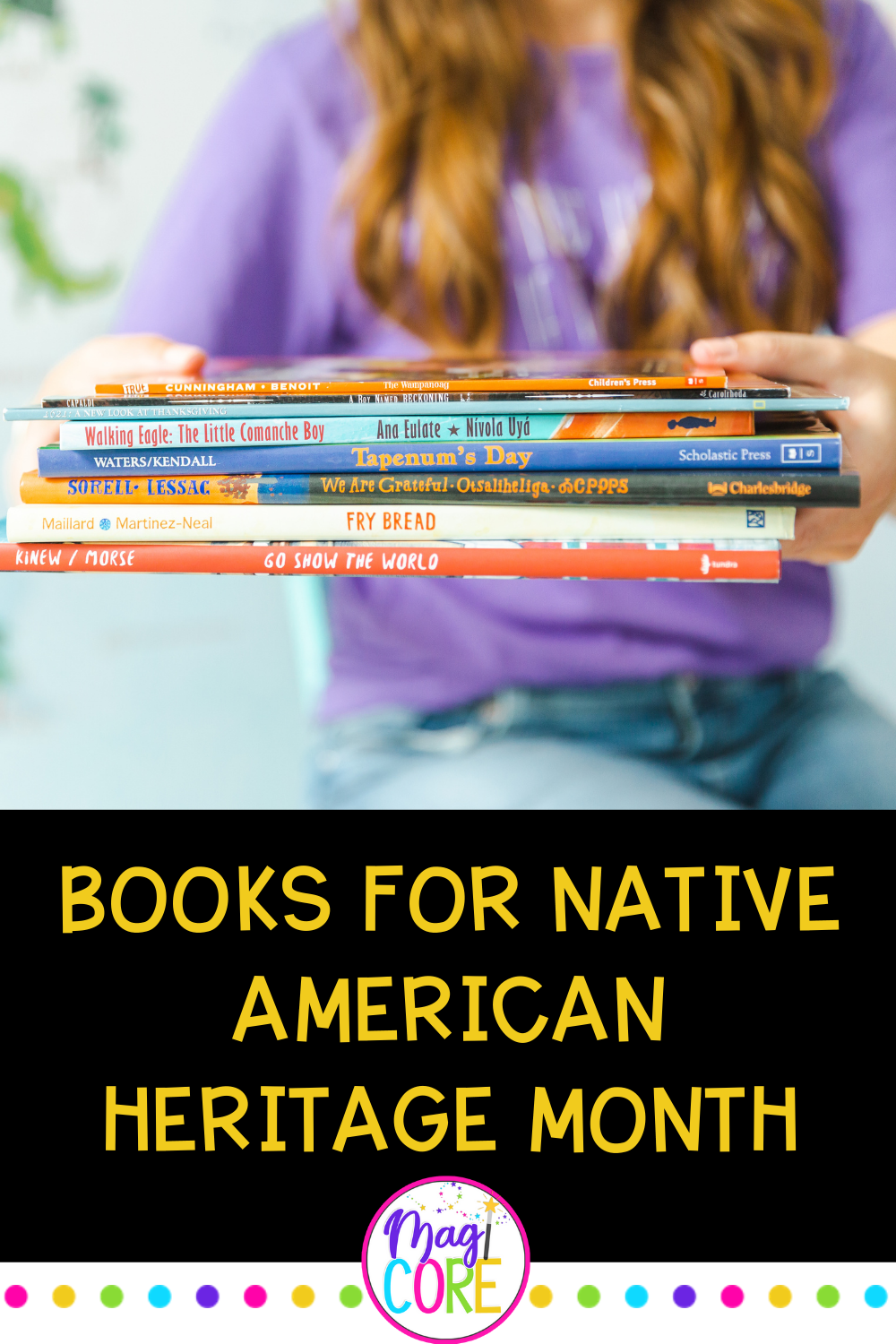 Please note that as an Amazon Associate, I earn from qualifying purchases.

Hiawatha and the Peacemaker by Robbie Robertson (upper elementary)

“Hiawatha was a strong and articulate Mohawk who was chosen to translate the Peacemaker’s message of unity for the five warring Iroquois nations during the 14th century. This message not only succeeded in uniting the tribes but also forever changed how the Iroquois governed themselves—a blueprint for democracy that would later inspire the authors of the U.S. Constitution.”- from Amazon.com

“This story reveals the remarkable life of a Native American boy named Wassaja, or “Beckoning,” who was kidnapped from his Yavapai tribe and sold as a slave. Adopted by an Italian photographer in 1871 and renamed Carlos Montezuma, the young boy traveled throughout the Old West, bearing witness to the prejudice against and poor treatment of Native Americans.” – from Amazon.com

“The boy with the feather headdress told stories without saying a word. The boy whose legs formed the shape of a heart communicated with that special language that comes from within. With his hands, his face, his smile, and his eyes, he could communicate everything his listeners needed to hear. Walking Eagle’s tales awoke deep emotions, conveyed a sense of solidarity, and created bonds between hands and hearts of different tribes that lasted forever.” – from Amazon.com

“When Christopher Columbus landed on the island of San Salvador in 1492, what he discovered were the Taino Indians. Told from a young Taino boy’s point of view, this is a story of how the boy tried to warn his people against welcoming the strangers, who seemed more interested in golden ornaments than friendship. Years later the boy, now an old man, looks back at the destruction of his people and their culture by the colonizers.” – from Amazon.com

1621 New Look at Thanksgiving (all ages)

People of the Breaking Day by Marcia Sewall (all ages)

“So begins the story of the Wampanoag people, the tribe that lived in southeastern Massachusetts at the time the Pilgrims landed. In this companion book to The Pilgrims of Plimoth, winner of the Boston Globe-Horn Book Award for nonfiction, Marcia Sewall recreates the world of the Wampanoags, the People of the Breaking Day. In a voice that evokes the pride and natural poetry of these native people and in paintings glowing with life and light, the distinguished author-illustrator presents another view of an important time in American history, a time before the meeting of two very different cultures.” – from Amazon.com

We Are Water Protectors by Carole Lindstrom (all ages)

“Inspired by the many Indigenous-led movements across North America, We Are Water Protectors issues an urgent rallying cry to safeguard the Earth’s water from harm and corruption―a bold and lyrical picture book written by Carole Lindstrom and vibrantly illustrated by Michaela Goade.” – from Amazon.com

We Are Grateful by Traci Sorell (all ages)

“The Cherokee community is grateful for blessings and challenges that each season brings. This is modern Native American life as told by an enrolled citizen of the Cherokee Nation.” – from Amazon.com

We Are Still Here by Traci Sorell (all ages)

“Too often, Native American history is treated as a finished chapter instead of relevant and ongoing. This companion book to the award-winning We Are Grateful: Otsaliheliga offers readers everything they never learned in school about Native American people’s past, present, and future.” – from Amazon.com

“The story of the beautiful relationship between a little girl and her grandfather. When she asks her grandfather how to say something in his language – Cree – he admits that his language was stolen from him when he was a boy. The little girl then sets out to help her grandfather find his language again. This sensitive and warmly illustrated picture book explores the intergenerational impact of the residential school system that separated young Indigenous children from their families. The story recognizes the pain of those whose culture and language were taken from them, how that pain is passed down, and how healing can also be shared.” – from Amazon.com

When I Was Eight by Christy Jordan-Fenton (all ages)

“Olemaun is eight and knows a lot of things. But she does not know how to read. Ignoring her father’s warnings, she travels far from her Arctic home to the outsiders’ school to learn. The nuns at the school call her Margaret. They cut off her long hair and force her to do menial chores, but she remains undaunted. Her tenacity draws the attention of a black-cloaked nun who tries to break her spirit at every turn. But the young girl is more determined than ever to learn how to read. Based on the true story of Margaret Pokiak-Fenton, and complemented by stunning illustrations, When I Was Eight makes the bestselling Fatty Legs accessible to younger readers. Now they, too, can meet this remarkable girl who reminds us what power we hold when we can read.” – from Amazon.com

“Celebrating the stories of Indigenous people throughout time, Wab Kinew has created a powerful rap song, the lyrics of which are the basis for the text in this beautiful picture book, illustrated by the acclaimed Joe Morse. Including figures such as Crazy Horse, Net-no-kwa, former NASA astronaut John Herrington and Canadian NHL goalie Carey Price, Go Show the World showcases a diverse group of Indigenous people in the US and Canada, both the more well known and the not- so-widely recognized.” – from Amazon.com

If you are looking for resources that explore Native American heritage, I recommend my Virtual Field Trips. These resources are very interactive and help students understand more about the history, culture, and modern aspects of various Native American tribes and people.

November is both Native American Heritage Month and the month we celebrate Thanksgiving, so it is an ideal time to make an impact on your students’ understanding and perceptions about our past and teach them about the culture and heritage of the Indigenous peoples who live today. These Native American picture book recommendations are a great way to really focus on the stories of Indigenous peoples in America from the past and present.

I hope you and your students love exploring these picture books and resources. 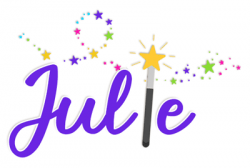 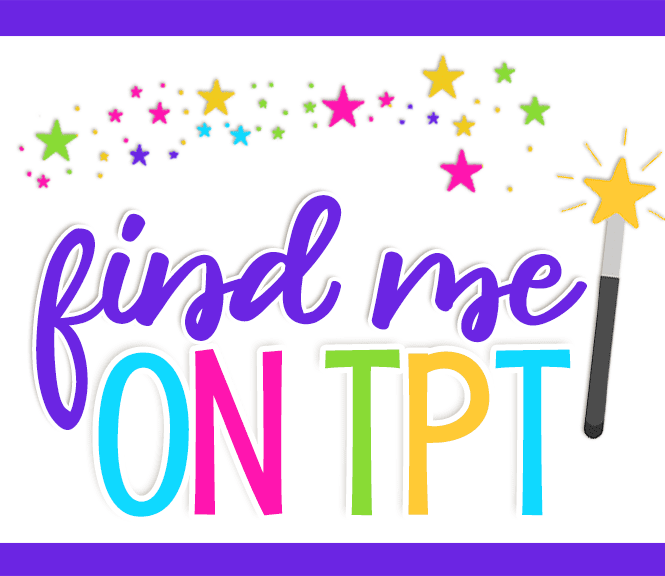